A man’s home is his castle. A hackneyed cliche no doubt, but what one sentence better conveys the relationship between home and home owner? It is (for most of us) the single largest purchase we will make. We develop emotional attachments to our homes, and the memories we make in them. We agonize over renovations, save for improvements, and watch our families grow in our homes. When it comes time to sell and move on some of us struggle with letting go.

We also expect safety at home. Many are content to draw the curtains and throw a deadbolt and call it a day. Less brave souls, the wealthy, and those challenged with making a home in a high crime area are likely to install a security system. On the fringes, people throw up no trespassing signs every ten feet, cameras in the trees, and set booby traps filled with assorted unpleasantries distributed at underground meetings in basements. If that last statement sounds at all familiar to you, please locate the “stop following” button at the top of this page.

After the workday has had its way with me, and another commute is behind me, all I desire is the quiet and safety of home. It takes a bit to unwind, but once settled in for the evening I do my best to relax and leave some stress behind. Time spent with family is the best time I know, and I relish it accordingly. Between work and play, every day is a full day.

When my head finally hits the pillow I crash hard. I am lucky if I can grab five to six hours of sleep on weeknights. Every hour counts, and I sleep deeply – perhaps too much so. Get Mrs. Author on the subject and she’ll have a hundred stories about trying to wake me with little or no luck. Short of telling me the house is on fire, or that one of the dogs are sick, it’s tough to get my attention. 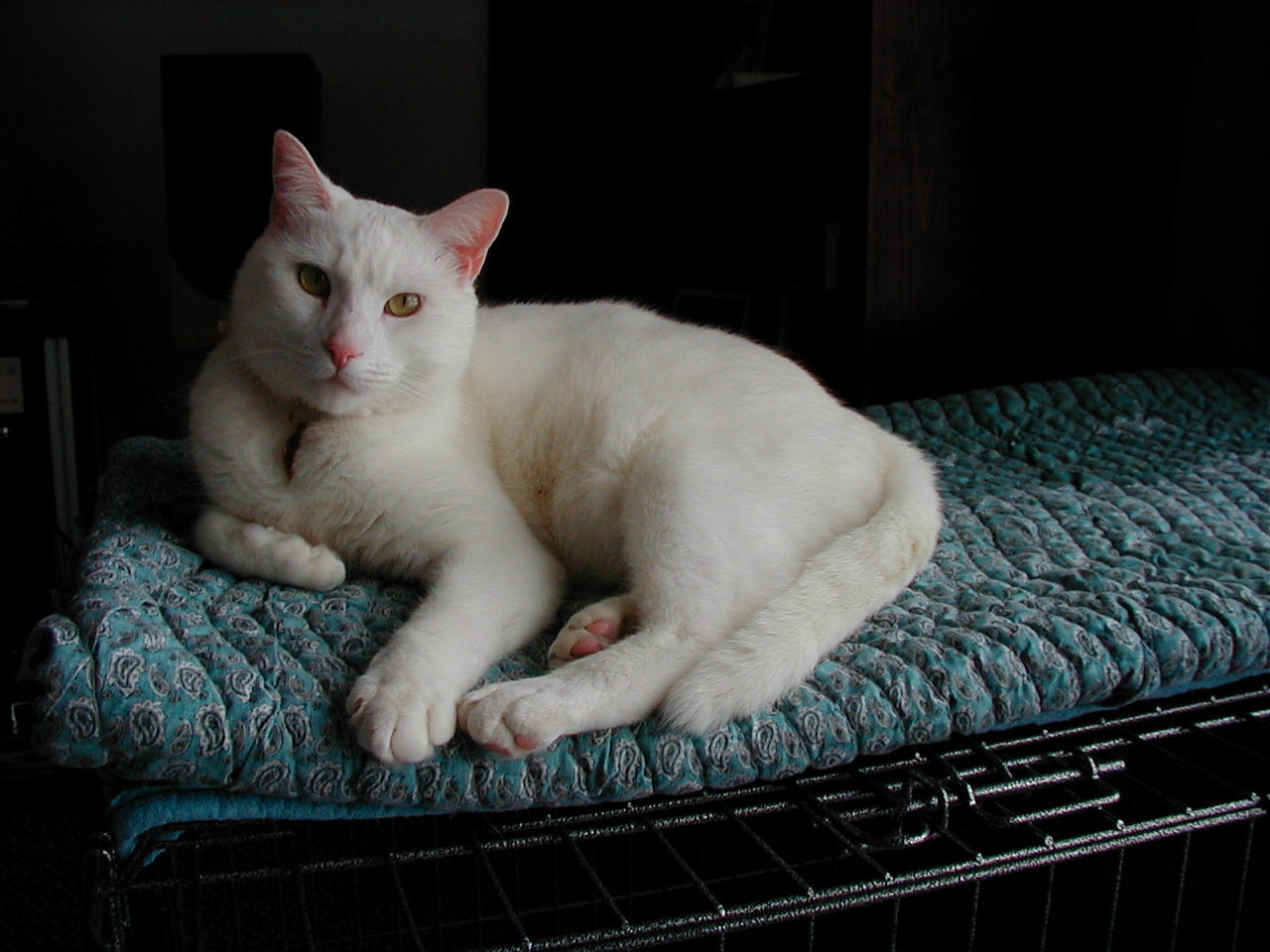 As I espoused the virtues of life with dogs in Vermont in another post last week, I was reminded of an event that occurred just prior to our move last October.

Mrs. Author woke me with ease.

Tell a man there is an intruder in his home and you’re likely to see a strong response. It was from the deepest slumber that these words came to me in the middle of the night and jolted me back to consciousness. Mrs. Author woke me, screaming about someone being in the house. I had zero doubt that she was correct. Ours was an open concept apartment, the bedroom separated from the living room by walls only: there was no ceiling. Two distinct pieces of evidence cemented our belief that someone was in the house. Nigel barked deeply, aggressively. He never barks. More troubling: the lights came on in the living room just as Nigel erupted, his first hellhound volley of howls breaking the dead silence of night.

I was raised a hunter. I stopped hunting decades ago, trading flesh for clay pigeons as my target. Skeet shooting is fun, and offers all of the challenge I need. I never really cared about hunting that much in the first place; but I lived in small town Alabama in the seventies as a child, and if you didn’t know how to shoot something by the time you were seven or eight, then you didn’t like girls or didn’t have arms, eyes and fingers. I hunted, and hunted well.

It was only natural that I leapt for my gun when I believed there was a stranger among us. I’m no NRA card carrier, but I do believe in the right to protect my family, and I was fully convinced that we were in grave danger. I was without my glasses, but the light from the living room left me enough to work with. Mrs. Author leaned on the door and held the knob as the first shell clicked in to the chamber, two more clenched in my teeth for good measure. I ushered her aside, the gun cold in my seemingly burning hands. I was ready to engage our enemy.

I brought the gun to my shoulder and ripped the door open, the hinges rattling as it met the opposing wall with a bang. My eyes scanned the room for a burglar, my finger twitching on the trigger. There were none to be found. Nigel had gone silent – he and our cat Boo were eying me suspiciously from the couch. Sola was behind me, and I’m not sure that she wasn’t waiting to see what the outcome would be before advancing.

It always amazes me that our minds have the ability to take in and process so much data simultaneously. In a matter of seconds I knew the following things to be true:

1. There was no stranger in the house. Just the regulars.
2. I was not going to have the chance to bust a cap.
3. I was stone cold naked.

I figured all of this out with astounding speed and clarity. Making this task easier was my reflection in the picture window opposite the bedroom door. Fifteen feet away, it allowed me to take in this sad situation in duplicate. I stared back at me, both barrels seeking targets that would not materialize, dangling bits still flapping slightly from the wind of the thrown-open bedroom door. Nigel looked at the floor as Boo walked along the top of the couch, itching his rump on the wall, then the light switch, turning the light off.

From the darkness he created I cursed myself. I had been utterly pussified. Had I a moment of awareness prior to the false alarm I would have known exactly what was happening. Nigel can’t stand having cats above him. I don’t know if it actually rained cats on him at some point prior to his adoption, but if a cat meets eye level anywhere in his vicinity he get his panties in a knot. He was barking at Cracker (I apologize – his name is Boo, but we all call him Cracker: he’s as white as they get) to beat the band because the cat had broken the horizon rule.

Nigel: Right on. Stay below, go with the flow. Rise above, lose the love.

That sorted out the noise issue. The rest was up to Cracker, who handled illumination duty with aplomb. I fumed as he worked his way back and forth across the light switch, itching himself, turning the light on, off, on again. I was ready to kill that little formerly unidentified combatant, (or f.u.c., if you will). I had nearly discharged a firearm while marshmallow fat f.u.c. Cracker jacked up my electricity bill scratching his dingleberries.

Nigel: I feel you one hundred percent. I never much liked that Cracker f.u.c. myself.

Author: I swept him (the f.u.c.) off the sofa, unloaded the gun after much internal debate, and called it a night.

In order to avoid attack by legions of ladies in cat sweaters, I’ll not share all of the discussions Nigel and I had that week, but let’s just say that the microwave was suggested by a black and white dog on more than one occasion. I was checking e-mail when a paw tugged at my sleeve one afternoon.

Nigel: “You know, when they make crackers they come out of the oven hot. Don’t you want to nuke a Cracker?”

I ignored him, but not easily. My mind wandered to subjects like Cracker and cheese, Cracker crumbs, hunters yelling “pull!” as Crackers were launched from clay pigeon slingers. 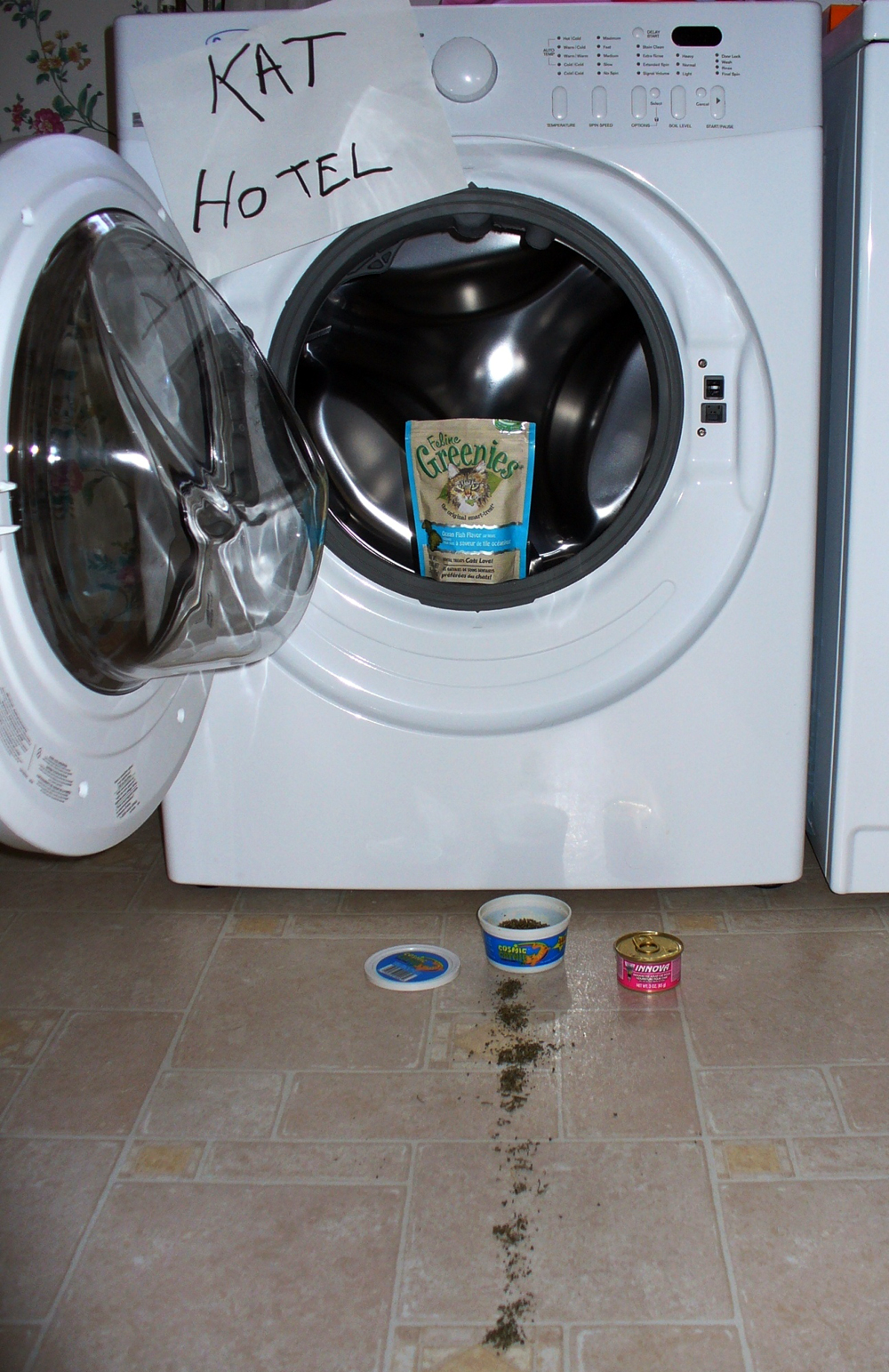 I did make a call to our landlord to attempt to rectify the situation.

Author: “Hello Mr. Landlord, I was wondering of you could help me with something.”

Author: “I did consider that. Anyway, I was hoping you were aware of the new county electrical codes.”

Author: “It’s kind of odd, but the new code calls for all light switches to be installed at six feet or higher, some safety thing.”

Landlord: “Yeah sure, like the whole county is going to be rewired. I’ll wait this one out.”

Author: “Fine, but did you have to put a light switch right next to the couch?”

Landlord: “I think you’re losing it. Get your head checked. ”

Author: “Fair enough, but could you please at least take this little f.u.c off my hands-
CLICK

I may never live all of this down – the unfounded fear, the chuckle of the dogs when they think I cannot hear, my naked self in the window bearing arms. But rest assured, I know where the f.u.c. Cracker is headed: to the land of Kung Pao…