An old friend contacted me recently. We had fallen out of touch after our last move many years ago. I recently logged in to Facebook to find a friend request for Nigel from a dog with a very familiar last name. Curiosity piqued, I immediately accepted and jumped to the profile of this dog to verify what I had suspected. I found my way to contact info, and within minutes this old friend and I were chattering away, catching up on all things dog. The time and circumstance that had separated us fell by the wayside as she described the events that led to our reunion. 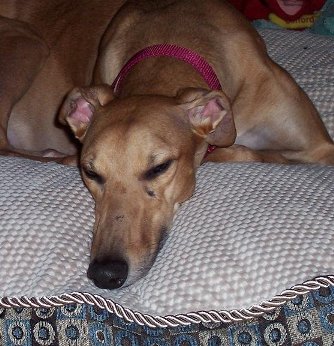 Some of you will recall an old post, specifically this one. I let that post linger for the entire day before divulging that the dog pictured was not actually Nigel, but was in fact his very similar looking cousin, Ferrin. Ferrin was adopted by this old friend shortly after she met Nigel and fell in love with Greyhounds.

Not too long ago, our old friend was walking Ferrin on the bike path that winds through Burlington and along the shores of Lake Champlain. In all but the most severe weather the bike path is a fairly happening place, with throngs of joggers, skaters, bikers and dog walkers scuttling about. On this particular evening our old friend was accosted by one of the bike path walkers, who took one look at Ferrin and stopped in her tracks immediately. Our old friend looked up just in time to see this stranger approaching, excited and smiling. Before she could even say hello a question was fired at her: “Oh my god is that Nigel Buggers from Facebook??”

She politely explained that Ferrin was not Nigel, and after a brief exchange, old friend and random bike path exerciser went their separate ways. She could not help but wonder why a stranger was so excited to find one Nigel Buggers cavorting about the bike path, so she begrudgingly signed up for a Facebook account and found her way to me. I was thrilled to hear that she had adopted a second Greyhound, and that Ferrin and his new housemate were two very happy campers. We laughed at some of my internet antics, and decided that a play date for the dogs was a must. We remembered old bike rides, dog quirks, forgotten friends. Our old friendship had been rekindled by an unwitting facilitator: Nigel.

Another old friend and I recently had the chance to spend time together. I say old friend, but should say new old friend. In this internet age, many of us foster long term relationships that never involve a face to face meeting – consider your long term blogging pals, Facebook friends, internet group members that you stay in close contact with – despite the fact that you have never met in person. In this case it was an old business relationship that had led to hundreds of calls, a flurry of instant messages lobbed at one another to gripe about work hassles: significant deals closed together under tremendous pressure. Five years of high stress business interactions had drawn us closer, had made friends of strangers, and pointed out to both of us the upside of technology and its ability to make the world smaller. 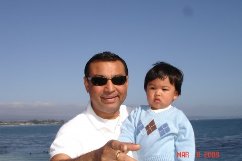 Last week we had a chance to seal the deal. A big development at work meant that this old friend would have to fly in to town to spend a day in meetings with me. We both grinned like fools when he stepped in to my office. Five years of hard work, late nights, countless e-mail exchanges and contracts were forgotten as we just stood there beaming, our friendship consummated in a timeless act that could never take place online: a handshake.

When the closing bell rang we ran for the doors. I drove far too quickly, whisking him out of Burlington and into the mountains where we reside. As we entered the house I paused to observe the moment I had anxiously awaited. My old friend dropped everything, crouched down in the kitchen, and was swallowed up by our unreasonably happy pack of dogs.

He had spent five years watching them grow from afar. He remembered the first Sola blog post. We had both shared many laughs at work as we watched the dogs on a webcam I had set up to babysit them while I was bringing home the bacon. Every time we spoke, he reminded me to kiss the dogs for him – not once, but four times each. For five years. Now, he was swimming in them.

We spent the evening celebrating. The dogs played to the brink of exhaustion. We grabbed a giant flashlight and took a late night tour of the river in front of the house and the surrounding forest. Half of a bottle of Johnny Walker scotch disappeared in to my old friend, and there was laughter in abundance. We marveled at our ability to fall into this comfortable place considering that we had never actually met before this day.

The night was too quickly spent. At one in the morning we gave up the ghost and put the cap back on the scotch bottle. My old friend had to fly out the next morning at ten, and I had a number of contracts to button up before the weekend. He spent many minutes saying goodbye to each dog before we departed. We wound our way out of the hills, my car screaming in the night, both of us giddy to be propelled through the darkness by an abundance of horsepower. At one thirty in the morning he fell out of my car and spilled in to the hotel lobby as I laughed hysterically. I departed in a cloud of tire smoke, knowing that he would struggle to sober up in time to make his flight. He did.

I drove home in quiet contemplation, sadness and glee washing over me in equal measure. I could not help but marvel at the power of friendship and its ability to invigorate. The ominous forest surrounding me whizzed by as the speedometer reached for the hundred mark, my iPod spinning a random selection from the mellow playlist. The finer details of the commute were lost on me as I considered old friends and all we had shared. 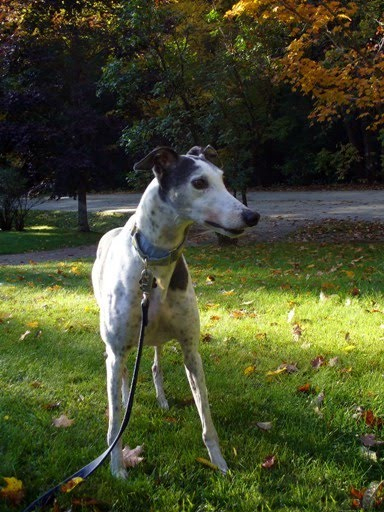 My key turned slowly in the lock at as I returned to the house. It was nearly two in the morning, and I was doing my best not to alarm the dogs. I flipped on the kitchen light and was immediately and enthusiastically greeted by another old friend. It was Nigel.

He is a creature of habit: he lives by routine, and my late night departure had troubled him. He spent the next thirty minutes expressing his relief at my return, his frantic kisses suggesting that it was not acceptable to abandon our family members after the clock strikes midnight. He pressed in to me, shaking, hiding his snout under my armpit and giving me a firm push to remind me that old friends stick together in the darkness. I comforted him, snuck him a late treat, and wrapped him in his blanket once he had time to realize that home order had been restored.

I loved him for worrying. I bid him good evening and flipped the last remaining light switch as I made my way up the stairs, fell into bed and lost consciousness, my dreams awash in new memories. One of my oldest and dearest friends slept a floor below me, a sentinel on the sofa keeping watch over our family in the pure, silent blackness of a moonless autumn night.