I arrive at the kennel early on a cold Saturday morning, an unforgiving January wind howling as I turn in to the short drive leading behind the local vet’s office to the barn at the rear of the property, snow crunching under my tires as I came to a stop. I open the car door and am instantly greeted by a chorus of howls. It’s music to these ears. They’re almost as excited to see me as I am them. 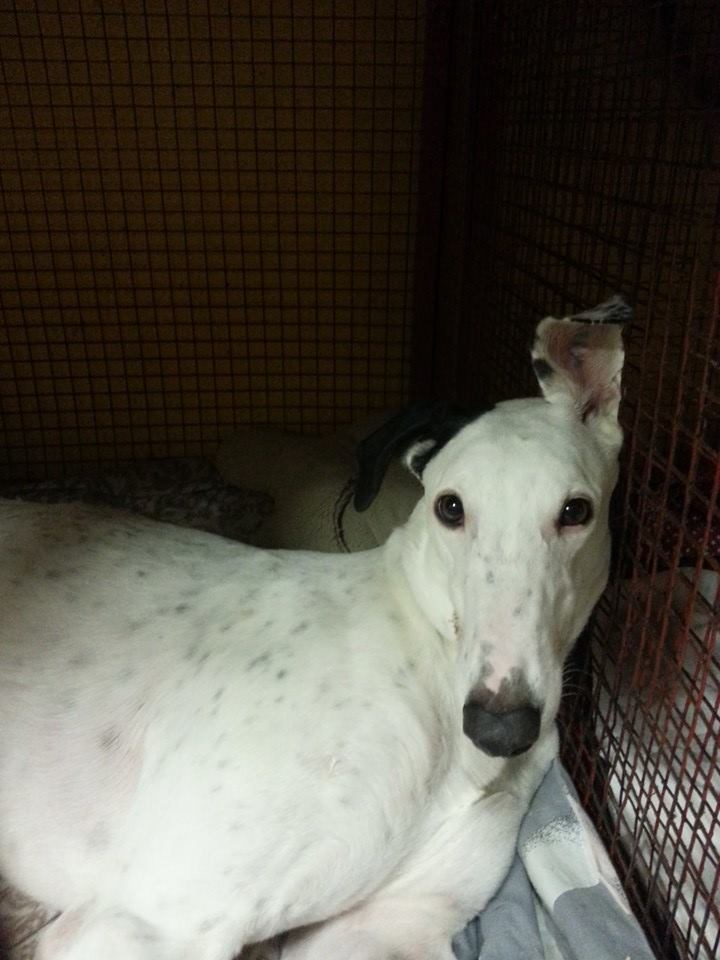 In the next two hours I will walk, feed and inspect some 34 dogs, many of them very familiar, some less so, all watching me intently, eager to figure out what is going to happen next. I remember that dogs are so good at living in the moment, and that what happens next is a big deal. I chuckle to myself as they study me while I go about the routine chores of filling food bowls, sweeping the kennel floor, and scooping more poop than one man should have to encounter in a day. Before my shift is up I will have comforted a couple of spooked souls, wrestled a few rambunctious boys back into their kennels, howled with the new girls. I am not a dog, but I do like to play one in real life when no one is watching, and so far the hounds have never ratted me out.

These are the dogs of Northern Greyhound Adoptions, and I’m covering a turnout shift at the kennel in St. Albans, Vermont. As many volunteers will tell you, spending time in the company of these dogs is addictive. Getting to know them, helping them with the transition, and eventually watching them disappear into adoptive homes is a wonderful and fulfilling experience. I’m not good at goodbyes, but every time a dog leaves here I’m ecstatic. And the sooner, the better.

Despite a recent flurry of adoptions, one dog in particular has lingered here longer than expected. He’s a giant boy, tall, muscular and striking in appearance. He’s somewhat reserved but generally easygoing, so it was my expectation that “Donald” (his kennel name) would be adopted shortly after we first met in the summer of 2013. I liked him at the time and even made a case for trying to bring him home, but at that time my wife and I were living though a period of turmoil: it would have been unfair to bring him into a stressful environment and expect him to adjust well. I gave up on the idea, expecting him to be whisked away any day.

Six months later that day still has yet to arrive, and he’s staring at me from his kennel as I wonder why nobody has fallen for him. Maybe he’s just too big. At around 85 pounds he cuts an imposing figure, but he has proven very easy to leash walk and has shown signs of being brighter than average. He nuzzles his head in to my chest every time I open his kennel door. He seems a bit sad but generally sweet. As I consider all of the above it occurs to me that this is my kind of hound.

I dim the lights and prepare to leave, my turnout shift complete. Just before closing the door I pause to throw a glance at him over my shoulder. He stares back expectantly. “Not today,” I find myself saying aloud, to no one in particular. I make a mental note to spend more time with him as I latch the door behind me and make my way back to my car.

I punch the accelerator, speed out of the parking lot and am surprised to find myself wishing that he were in the back seat, waiting for me to introduce him to the exciting new world just outside the kennel door – a world of strangers and strange smells, car rides and shopping trips, treats and toys, new friends. I wonder where he is from, what he has known, and if maybe, just maybe, this could be the next dog for me.

“If he is,” I say, looking to the sky, shuddering at the memory of our prior canine acquisition and hoping that the gods are listening, “please, I beg you, let this one be easier than the last.” 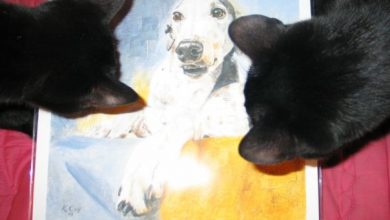 Where in the world is…Nigel Buggers?!?